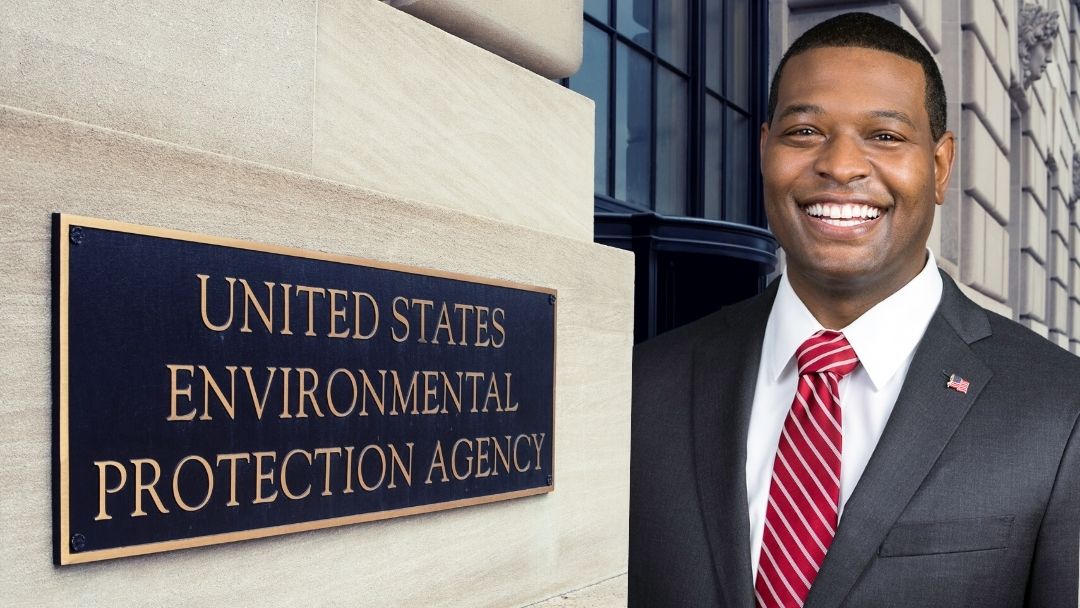 Raleigh, NC – December 17, 2020 – The NC Black Alliance is excited about President-elect Joe Biden’s nomination of North Carolina Department of Environmental Quality Secretary Michael S. Regan as the next Environmental Protection Agency administrator. With his nomination, we are hopeful for a more clean and just environmental agenda for North Carolinians in 2021.

This year, the NC Black Alliance and co-petitioners Center for Environmental Health, Democracy Green, Clean Cape Fear, Cape Fear River Watch, and Toxic Free NC filed a petition against the US EPA to demand the full use of TSCA to clean up chemical contamination in North Carolina communities. The petition also sought to support the health of North Carolinians and strengthen corporate accountability.

The NC Black Alliance looks forward to working with Secretary Regan and the US EPA to build a progressive agenda that will better the lives economically and politically of Black and Brown communities.

Please see the full petition below, co-authored by the NC Black the Alliance, NC Black & Brown Policy Network, and 30 plus petitioners. This letter of support was sent directly to the Transition Committee to encourage President-Elect Biden and Vice-President Elect Harris to strongly consider Secretary Regan’s nomination.

Secretary Regan has shown proactive leadership as head of North Carolina’s DEQ, including issuing the largest statewide coal-ash cleanup order in history and denying the 401 water permit for MVP-Southgate by issuing the following statement:

“North Carolina’s clean energy future is not dependent on adding more natural gas infrastructure. Projects like this slow down the state’s goal to reduce greenhouse gases under North Carolina’s Clean Energy Plan and our efforts to address climate change under Executive Order 80. We should invest in clean, renewable energy sources and the economic benefits of energy innovation.”

As an organization, in coalition with dozens of Black and Brown organizations across North Carolina and the Nation, we are founded on the principles of building Black and Brown economic and political power across the state. We are glad to see the consideration of Secretary Regan for this historic position. As always, we maintain a strict stance of accountability. We are exuberant for the opportunity to continue our push for accountability for the NC Department of Equality and the U.S. Environmental Protection Agency.

Earlier this year, several North Carolina based organizations filed a petition against the EPA, demanding stricter enforcement of regulations in cleaning up chemical contamination and providing real relief for North Carolinians. This petition cited the need for the U.S. EPA to use its full strength, under TSCA, to enforce corporate accountability and the clean-up of PFAS in contaminated North Carolina communities. This chemical contaminant was previously poured into the Cape Fear River Basin by a corporation, impacting hundreds of thousands of North Carolinians. The imminent nomination of Sec. Regan can be an opportunity to address the concerns of hundreds of thousands of Americans by providing real and immediate solutions to address these chemical contaminants, not just in North Carolina, but across the nation.

At NC Black Alliance, this year alone we reached over 900,000 voters through our mobilization efforts, in addition to working in tandem with over 800 Black elected officials across North Carolina. We believe every American should have access to healthcare in times of injury or illness. We believe the labor, intellect and skills of African Americans have been essential to this society, contributing to America’s status as the world’s strongest economy. This is why we have prioritized environmental justice as a key issue area in the fight for clean and healthy jobs to support the growth of Black economic and political power.

We respect the voices in the environmental justice community who dissent with these views, however, we the undersigned hope to convey our belief that Secretary Regan would be an immensely qualified nominee to lead the Environmental Protection Agency. We believe that he would lead it with dignity and is well-positioned to help guide it into a critically important era after several years of mismanagement, much like he did with North Carolina’s Department of Environmental Quality.

We hope the Biden transition team will offer him thoughtful consideration and criticism in their discernment.